Since we began in 2006, our Patron, Nigel Owens has supported BulliesOut to enable us to continue our work supporting those affected by bullying.

By being the face of a campaign, helping us celebrate a milestone, attending an event or simply wearing our merchandise and providing a photo, a Patron can help BulliesOut reach and connect with thousands of people.

If you would like to join Nigel and support our much needed work, please call us on 029 2049 2169 or email mail@bulliesout.com 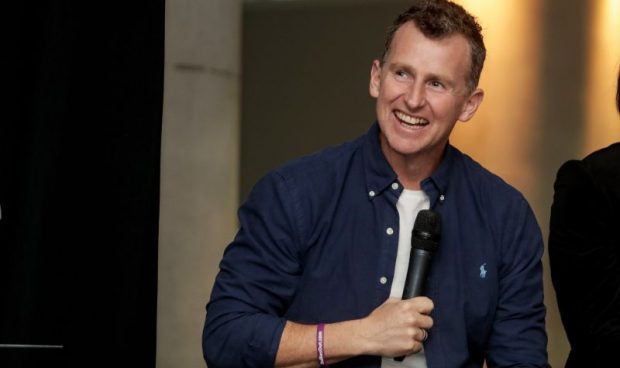 Nigel Owens MBE is a retired Professional Refereee at the Welsh Rugby Union (WRU). He is the current world record holder for most test matches refereed and one of five professional referees at the Welsh Rugby Union. Nigel is also the owner of the Mairwen Pedigree Herefords Herd. Nigel has helped raise thousands of pounds for BulliesOut and has spoken at numerous events for the charity.

“People should be allowed to be themselves and to be honest with themselves without feeling that there is anything wrong with them. BulliesOut are working towards creating environments whereby young people who are being bullied, or witness bullying, feel empowered to speak out, thus creating a ‘culture of telling’ and I am pleased to support such a worthy cause”.

We all have it within ourselves to make someone el