Bah Humbug to Bullies: How we can make Christmas the most wonderful time of the year for young people 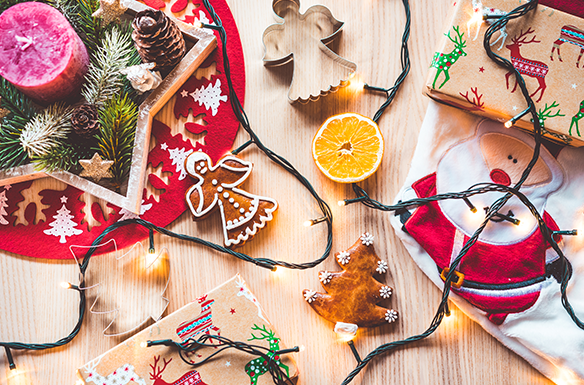 Behind the presents, the turkey dinner and the carol singing, Christmas time can be a dreaded occasion for many young people.  As December 25th draws closer, so does the fear of not being accepted. Many families will be celebrating Christmas differently, whether it’s  because of their financial situation, religious beliefs, or traditions that have been passed down through generations- Christmas certainly doesn’t look the same to everyone.

We should always try and show kindness to others but at Christmas there is never a better time to show good will, that humility to others can go a long way to ensuring everyone has a Happy Christmas.

From festive tinsel to roaring log fires, the idea of what a traditional Christmas looks like seems to fit the same picture year on year. From as early as October, the media and retailers perpetually bombard us with images of the near-perfect Christmas setting, with a content and happy extended family and a floor swallowed by a sea of presents.

While it might be beginning to look a lot like Christmas for many families, there will be some children across the country who won’t be expecting presents under the tree this year. In fact, an Oxfam report last year discovered that one in four people are living in poverty. When it comes to celebrating Christmas, many families across the country will be fighting a losing battle.

We’ve worked closely with schools and community groups in communities to spread the message about accepting diversity. It’s a message relevant all year round, but no more so than at this time.

So what about those people who don’t celebrate Christmas? Thousands of people in the UK and millions across the world – Hindus, Buddhists, Muslims, Jews or those with no religious affiliation – won’t be putting a plate out for Santa on Christmas Eve.

At the heart of this is a misunderstanding of how different religions treat Christmas. Bullying in the classroom can often stem from this misunderstanding, with a lack of comprehension that some people don’t celebrate Christmas at all. Unfortunately, this can make life at school during the last month of the year a tough time for some children.

Of course, bullying isn’t exclusive to Christmas. It happens all year round and the signs of bullying are unlikely to change regardless of the time of year.

While you might be alert to those signs during term time, parents must remember that bullying won’t stop just because of the Christmas holidays, especially now we live in such a digitally connected time. Often the break from school can mean cases of bullying are being left unnoticed for around three weeks, lost in the midst of excitement for Christmas Day, by which case a child could be left feeling anxious and scared through the whole holiday.

Meic, a free, confidential and bilingual resource that is available to all children and young people in Wales, has already noticed a spike of 40% in calls received  over the last two months based on the same period in previous years. Receiving calls from young people with worries about mental health, relationships and bullying, it’s clear the pressure that comes with this season is getting greater every year.

We’re currently working with young people through our Youth Ambassador scheme, a programme for people who have been previously bullied and training them to become Anti-bullying Ambassadors. At our pre-Christmas meeting, we worked to build self-esteem and discussed how we can try to keep spirits up for those who live by themselves or have bad memories from previous Christmases. For many it can be a difficult time of year.

Christmas is a time for understanding and acceptance, respecting and celebrating difference and diversity. Let’s make it our business to ensure, no matter what race, what class, what religion, everyone feels happy, safe and respected this Christmas.