It isn’t big and it isn’t clever. It hurts! 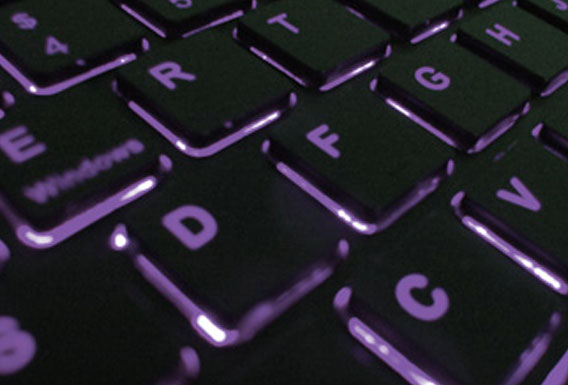 But, do we have a distinct lack of empathy for victims of Cyber Bullying?

Does the idea of Cyber Bullying feel too remote for people to really care?

It’s a growing phenomenon, but not one that is easily addressed and certainly not one that, amongst the public at large, there is a huge degree of understanding about.

Further to this, the wounds inflicted by cyber bullying and the scars it leaves aren’t easily seen, or even if observed, are often not recognised for what they really are.

Although it encompasses all age groups and has perhaps received the most Media coverage and publicity following attacks on so called Celebrities, it is teenagers that are commonly the sufferers of cyber bullying and it’s not hard to understand why.

It is a common understanding within society that adolescent children, growing and developing from childhood to adulthood, between the ages of 12 and 18, are often awkward and sometimes downright impossible creatures. The image of parents being unable to cope with their offspring’s belligerent tendencies and, shall we say, snappy verbal outbursts, is well documented. Harry Enfield’s character “Kevin” springs to mind. It’s also true that the vast majority of parents, and teachers and other authority figures, understand that these behaviours are, however testing, a natural and perfectly understandable part of the progression in the human life cycle.

What happens when those affected by cyber bullying try to reach out?

This situation brings with it a potential double whammy for a teenager who is suffering from cyber bullying.

Firstly, those around him or her and on whom the individual normally relies for understanding and support, may simply assign the mood swings or outbursts, or depression – whatever it may be, to being a teenager: “it’s her age isn’t it” could be the standard response.

Secondly, if the individual is brave, bold or desperate enough to let people know they are being bullied online; such a thing may be very, very hard for others – in particularly those of an older generation, to get their heads around. There’s potentially going to be a lack of empathy and understanding at exactly the point that the sufferer most needs someone to show they do understand and do take it seriously.

Why do they do it to one another?

Quite apart from the natural angst and the challenges most teenagers experience in everyday life, we have to remember that bullies usually don’t consider either the consequences to those they bully, or to themselves. That said, it’s perfectly conceivable that an individual exhibiting a tendency to bully others may be suffering tremendously themselves. This, again, is that much more likely to be so during teenage years, in particularly for those who see themselves as failing to achieve, in comparison with their peers, be that academically or – equally if not far more importantly, socially.

In the past, socially inept or just naturally introverted teenagers would often be left on the side-lines. They couldn’t fight back, if they felt so inclined, because there was no obvious avenue by which to do so. Now – there is: they can attack those they may see as accruing an undeserved social standing within a peer group, and bring them down a peg or two by besmirching their character or achievements on Facebook, or Twitter, or Instagram. In fact: on a whole host of easily accessed and very public platforms.

So, instead of cowering silently at the corner of the playground, or sitting at the back in the classroom, silently wishing ill on others, action can be taken to ‘bring down’ the popular boy or girl.

This can work in reverse too of course – the popular kids, who sometimes find their fame and fortune unmanageable, or perhaps mistakenly feel it will be enhanced by picking on the weak, do use Social Media to bully those in their peer group, but obviously outside their social network. It has always been this way.

Regrettably, there will always be extreme situations too, where a singularly unpleasant individual will pick on another for no obvious or easily deciphered reason. We must try to address this too, but for now, in this piece, I want to stick with the relationship between teenage angst and the internet, that may generate instances of cyber bullying not obviously attributable to being, per say, a bad sort.

It might be argued in these cases that the bully is seeking to face up to a subconscious threat to their status. Either way, be it Miss Popular or Mr Unpopular who is the protagonist, there’s no doubt that cyber bullying is fuelled by the very circumstances of development in the teenage years. Life is challenging and, if a person is so inclined or persuaded, hitting out against others, from a position of safety, to try to relieve some of the stresses they are feeling, may very well be their response.

We must recognise too, that carrying out an attack online is simply a manifestation of the new order- life online is seen as part and parcel of all of life – many young people make no distinction between the virtual and the actual – that’s why cyber bullying can hurt as much as it does. It’s not “Sticks and Stones” and whilst it might not break any bones, from an emotional perspective and in terms of the sufferer’s mental health, it can break them in two.

What then, is to be done?

Firstly, despite this feeling a bit like Canute trying to hold back the tide (he didn’t actually try to do that- he was in fact demonstrating to his subjects that he couldn’t!) it is vital that, in this age of all things internet, children are encouraged, consistently and from an early age, to understand that what goes on online – and certainly in terms of their being potentially insulted or ridiculed online, needn’t cause them any distress. It sounds very basic, but actively encouraging our children not to be upset by cyber bullying is very much a tactic worth pursuing.

However, that’s admittedly a hard road and it won’t help to make out that they should have nothing to do with Internet life, or correspondence. We’ve all got to live in the real – and sometimes that means the virtual – world.

Secondly, don’t always or simply assume that just because someone is a teenager, unexpected or erratic outbursts go with the territory. It’s one thing being empathetic with regard to hormones, but we need to also develop some empathy for the very real possibility, especially but not only if it is very out of character, that bad behaviour is being induced by silent suffering. Again, no one is saying this is easy. Just keep it in mind.

Lastly, let’s try to understand and accept that cyber bullying can be just as harmful as a punch in the face. If it’s being done repeatedly, it’s like a low punch, followed by a couple of straight jabs, an uppercut and then a swift right hook- one after the other and all while the person affected is on the ropes and wishing it would stop or they could leave the ring. They can’t – we need to get in there with them and take affirmative action to halt the punishment being inflicted.

Protecting the sufferers of Cyber bullying.

As discussed, too often people get the idea that because it’s online it doesn’t matter so much. We’ve spent many years and developed many strategies to educate children, parents and teachers about bullying and to try to eradicate it, in particularly from our schools. Cyber bullying shouldn’t be an exception – if you know that it’s happening, report it or, at the very least, get it out in the open so others can take action to stop it.

Cyber bullying is bullying – it hurts even if the bruises don’t show. It’s not big and it’s not clever. We can all help to prevent it. 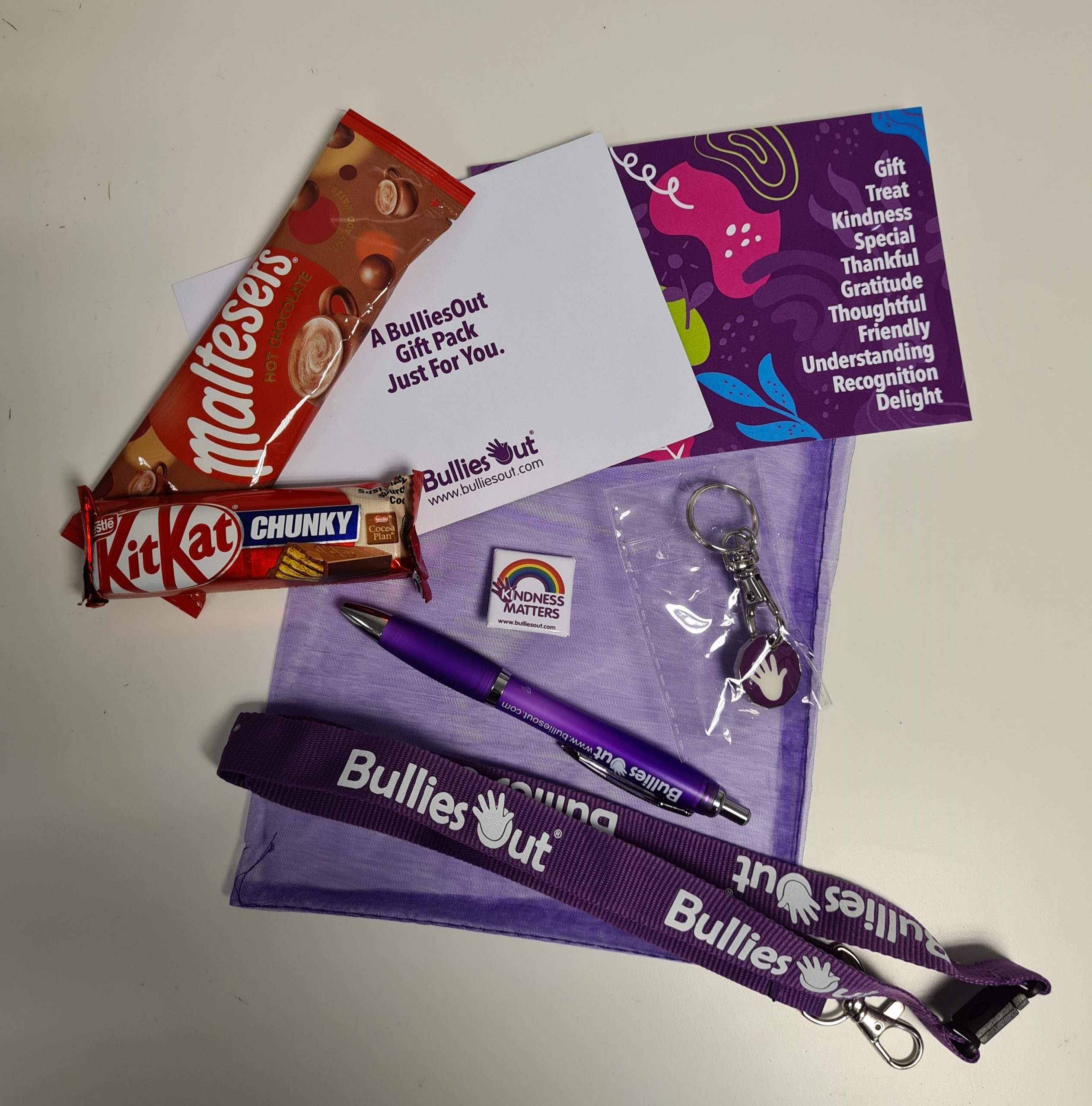