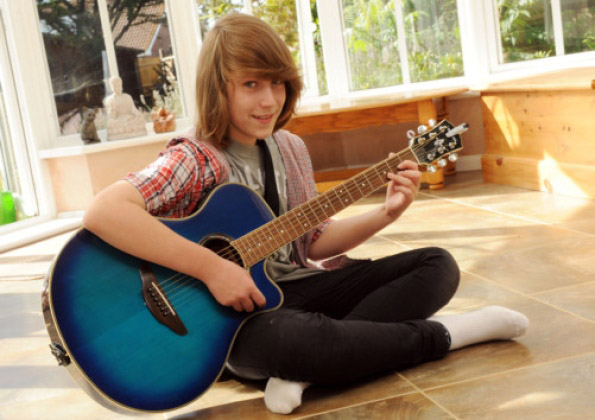 Article Originally from the Shoreham Herald.

Daniel Steven Walford, 12, has written and recorded an anti-bullying anthem, and is hoping to release it in aid of charity BulliesOut.

Shoreham Academy student Daniel, a member of Original Allstars Music collective, is appealing for Shoreham’s help in getting the song out there.

Daniel, who has been writing his own music since he was six years old, has been a victim of bullying himself, so knows first-hand the damage it can do.

I know how it feels, he said, it started in primary school, in about year two. I have always been kind of weird, and when there is a group, I am the target because I am different. The other boys are into scooters and skateboards, and I like music and drama. I want to help the charity, that they help people who are going through bullying is great.

The song, he added, addressed the bully, and asked them to stop.

It’s a way of expressing myself, a way of getting things across, he said.

The talented youngster, who plays guitar, ukulele, piano, flute and samba drums, is hoping someone with clout in the music business will help release the single professionally.

Dave O’Connell, who runs the Shoreham-based Allstars, said: BulliesOut have given us their blessing. Now, we need to make sure people know the songs exists. We need the right backing. We want feedback, and we want support.

Describing Daniel’s work, Dave added: There are some choice lyrics in there. We know bullies have their own troubles, but it’s about telling them what bullying feels like.