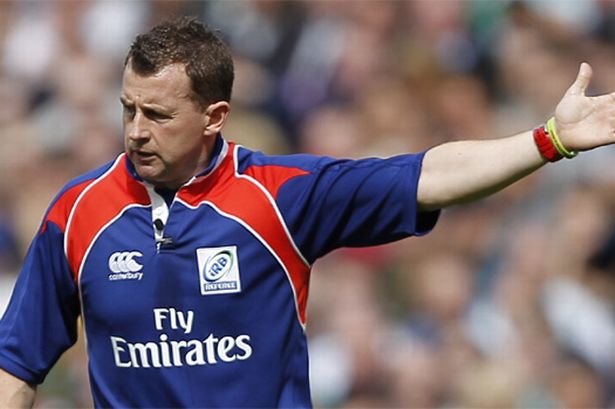 The 40yr old Welshman said “Bullying creates a negative environment and the long term effects can be emotionally detrimental. The experience of being bullied can end up causing lasting damage”. Founder and CEO of BulliesOut, Linda James said ‘We are thrilled to have Nigel’s support. Bullying has such a negative effect on a person’s physical and emotional well-being and Nigel is someone who has genuine empathy for our beneficiaries and the work we do. As a patron of BulliesOut, Nigel’s high profile support will enhance its credibility in the charity sector and significantly improve our network and reach’.

Mr Owens continues “People should be allowed to be themselves and to be honest with themselves without feeling that there is anything wrong with them. BulliesOut are working towards creating environments whereby young people who are being bullied, or witness bullying, feel empowered to speak out, thus creating a ‘culture of telling’ and I am pleased to support such a worthy cause.

Nigel Owens is a Welsh international rugby union referee. He is an international and Heineken Cup referee and was the only Welsh referee at the 2007 Rugby World Cup in France and the 2011 World Cup in New Zealand. A former school technician at Ysgol Gyfun Maes Yr Yrfa Cefneithin and youth worker with Menter Cwm Gwendraeth, Owens was appointed as an international referee in 2005, and that year officiated his first international between Ireland and Japan in Osaka. He is now the most Welsh Capped Referee of all time with 47 Caps to date. He is only one of two referees ever to be appointed to referee two consecutive Heineken Cup finals; Munster v Toulouse at the Millennium Stadium in 2008 and Leicester Tigers v Leinster at Murrayfield in 2009 then went on to referee a record third final in 2012 between Leinster and Ulster at Twickenham. As well as refereeing two Amlin Finals,  he has now refereed a record five European Cup Finals.

He is also known as one of the presenters on Jonathan, a rugby-themed chat show hosted by former Welsh international Jonathan Davies, broadcast on S4C on the eve of big international matches. He also co-presented the sports-themed chat show Bwrw’r Bar and has recently hosted his own game panel show on S4C called “Munud I Fynd” In November 2008 he released his autobiography in Welsh called “Hanner Amser” which means Half Time. The English version was launched at the end of October 2009. Owens was born and bred in a small village called Mynyddcerrig in the Gwendraeth Valley in South Wales, but now lives a few miles away in Pontyberem.