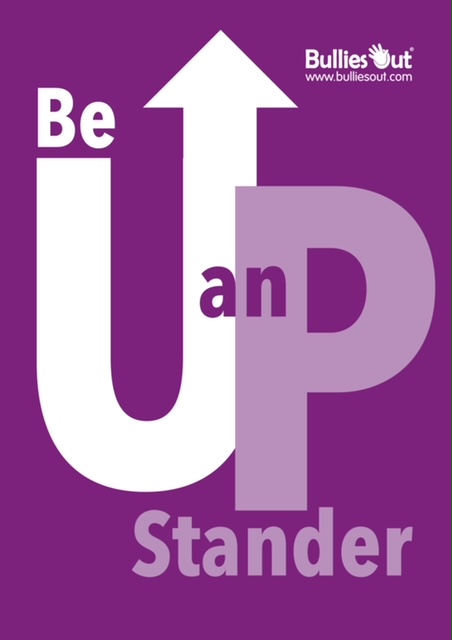 Upstanding is an area that is discussed at length when the subject of bullying behavior is raised. A lot of focus is given to Upstanding in the workplace, but sometimes, where children are concerned, we overlook it. There are so many ways in which we can encourage Upstanding without making them feel under pressure.

With the return to school approaching for many across England, Wales and Northern Ireland, and schools in Scotland already back, now seems an appropriate time to highlight, to parents and educators alike, that there are many ways in which we can open up discussions with our children and young people about ‘Upstanding’ and what that may look like.

Upstanding does not have to mean standing up and involving yourself in a situation or directly confronting someone who is displaying bullying behaviour. Indeed, to suggest that it is, can cause children to feel under immense pressure and make the impact of ‘being a bystander’ even harder on them.

Instead, we can encourage them to ‘Upstand’ in so many other ways.

To be an Upstander can be as simple as asking someone if they are ok after an incident of bullying behaviour has occurred. Being a friendly face, a friendly ear, a shoulder to cry on; those things can make all the difference. Sometimes, simply going and sitting with someone, or asking them if they want to play, can make such a difference to how someone is feeling.

Upstanding can be telling a parent or a teacher after the incident has taken place so that appropriate action can be taken. We need to highlight to our children that in doing so, they are Upstanding.

If the behaviour is online, Upstanding can be reporting the incident to the appropriate people or screenshotting evidence before it is deleted. This is Upstanding.

Some children may feel strong enough to speak out directly if they see an incident of bullying behaviour take place. It’s important to remember, that at this point, support and wrap around care should be provided to them as well as to the person who has been the recipient of the bullying behaviour.

We often forget or underestimate the impact upon a bystander to a bullying episode. They are more than just a witness to the incident, they may feel the impact themselves and it’s important that, whichever of the ways a child chooses to become an Upstander, we ensure they are provided with support.