Sonic and Tails are best friends and have been inseparable since they first met.

Tails is an anthropomorphic fox born with two distinct twin-tails, hence his nickname. Due to his abnormality, Tails was bullied during his youth. One day, however, he met Sonic the Hedgehog and was inspired to become as cool as him after seeing him run like the wind.

Tails soon after began following Sonic on his adventures and has since become his best friend and sidekick. A gentle and sweet-natured soul, Tails was initially timid and lacked courage. After meeting Sonic, however, Tails has become more confident, eventually growing into a more outgoing, brave, independent individual and a hero in his own right.

Since encountering Sonic, Tails has looked up to him and stood by his side, helping him whenever he can during their adventures.

The story of Sonic and Tails highlights the power of kindness and friendship. Kindness is an important value for children to learn and can bring happiness and improved mental health.

This brochure has been developed to celebrate the release of Sonic The Hedgehog 2, in cinemas now.

The world’s favourite blue hedgehog is back for a next-level adventure in SONIC THE HEDGEHOG 2, only in cinemas now!

After settling in Green Hills, Sonic is eager to prove he has what it takes to be a true hero. His test comes when Dr. Robotnik returns, this time with a new partner, Knuckles, in search for an emerald that has the power to destroy civilizations.

Sonic teams up with his own sidekick, Tails, and together they embark on a globe-trotting journey to find the emerald before it falls into the wrong hands.

From the filmmakers behind The Fast and the Furious and Deadpool, SONIC THE HEDGEHOG 2 stars James Marsden, Ben Schwartz as the voice of Sonic, Tika Sumpter, Natasha Rothwell, Adam Pally, and Jim Carrey returning, alongside new additions Shemar Moore, with Idris Elba as the voice of Knuckles, and Colleen O’Shaughnessey as the voice of Tails. 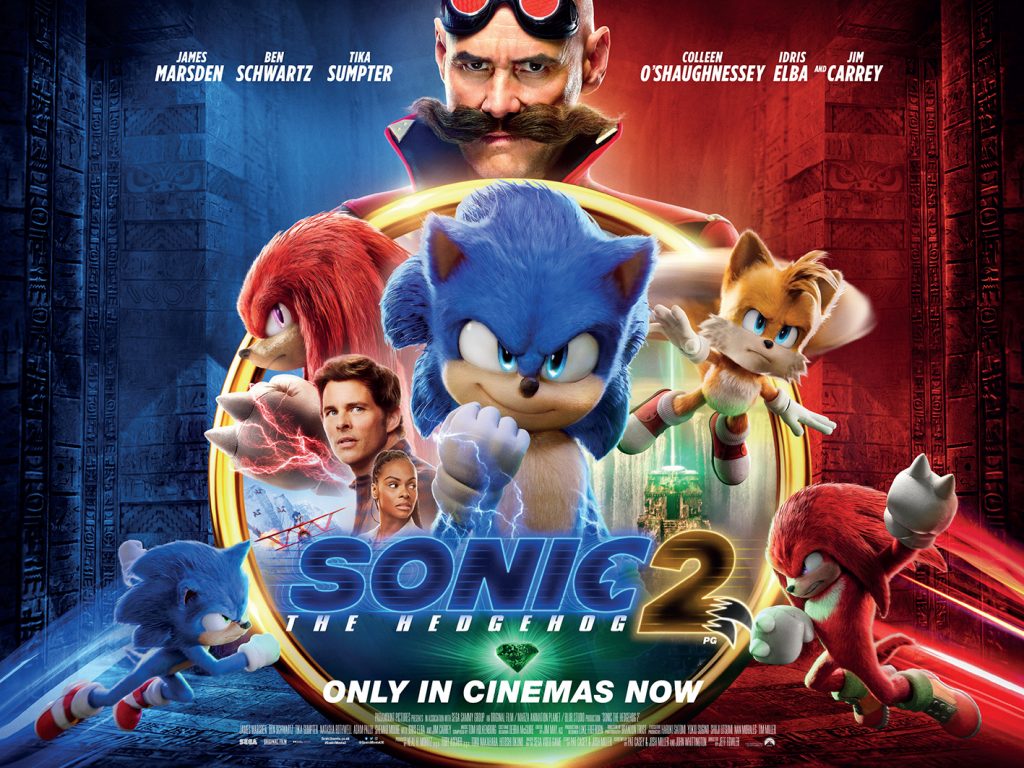